White Supremacists are not Christians

I wouldn't call white supremacists or neo-nazi's far-right, but rather, far-left. These groups are not conservative and they certainly don't represent accurate Christian theology. Many of them would call themselves Christians, but that means nothing. Someone can say they're Christian until they're blue in the face, but that doesn't make them Christian.

Now I beg you, brothers, look out for those who are causing the divisions and occasions of stumbling, contrary to the doctrine which you learned, and turn away from them. For those who are such don’t serve our Lord, Jesus Christ, but their own belly; and by their smooth and flattering speech, they deceive the hearts of the innocent. - Romans 16:17-18 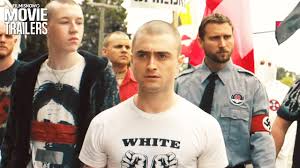